Short Guide to the General Election

BOOM! Just like that, another general election is around the corner, with members of Parliament scattering around to gather support from citizens they’ve more than likely neglected for months, pleading tooth and nail why they should get their vote come June 8th. But it only seems like yesterday that we saw David Cameron elected with an outright majority, only to resign a year later after the live comedy show that was Brexit.

As the last election was held in 2015, many thought it would be a good while yet before leaflets started flying through the letterbox again like something out of Harry Potter. All because of Theresa May’s decision to hold a ‘snap election’, a move which sent shockwaves throughout the political spheres (not really, it was low key expected).

What’s left is a Prime Minister nobody elected and an election that carries grave consequences, but how has this all happened?

So what is a snap election?

If the party in power chooses to hold an early election, they can do so provided the majority of parliament agree to it. Snap elections are quite rare, the last occurring in 1974, so you can imagine that only the old timers are likely to remember correct protocol for when these things happen. So why has Mrs May chosen to hold an election early? There are many reasons, but to establish the main points we need to take it back to around June 2016, the time of the European Union Referendum.

Following the vote to leave the EU, then Prime Minister David Cameron decided to call it quits, having lost the gamble to play with our EU status. Theresa May triumphed in a mildly contested Conservative leadership race, and in doing so automatically became the Prime Minister.

The public did not vote for Theresa May as Prime Minister

Following the referendum result and her becoming the PM, Theresa May has had to completely change her tune from being pro-EU, to enforcing the rhetoric “Brexit means Brexit, and we will make a success of it”. Unfortunately so far, nothing has quite been as successful as any Brexiteer would have hoped for.

Anyway, skipping forward slightly in time and Theresa May triggered what you will have heard of many times by now, the infamous article 50. In the Lisbon Treaty, article 50 allows an EU member state to end its membership of the union. Article 50 outlines that, once triggered, the leaving state has two years to negotiate an exit deal, a deal that all other member states must agree to. Brexit cannot be stopped unless we ask for the decision to be reversed and if the other member states unanimously let us off the hook.

The UK triggered article 50 at the end of March 2017, setting in motion negotiation proceedings. However, because the political landscape has changed drastically since the last election, combined with the fact that the referendum was won by a very slim margin, Theresa May cannot confidently say that the terms she is negotiating for are 100% backed by the British people.

What she is seeking then is what’s known as a ‘mandate’. A mandate in political terms is essentially an official reason or request to do something. If you have a mandate to do something, you have the necessary authority. Whatever May and the Tories say in the press, she has called this election early so that she can have a solid mandate going in to the EU negotiations regarding Brexit.

Okay now that the context is in place, how is this election actually shaping up?

To put it bluntly, the Conservatives trounced Labour in the last election. Labour lost seats pretty much everywhere and none more blatantly than in Scotland, where their dominance for years was cut to a single sitting MP. Since the last election, Jeremy Corbyn has taken the reigns for Labour and has done little to firmly establish Labour as a realistic leading party. This has not been helped by Labour’s domestic fighting every other week and constant calls of ‘no confidence’ from backbench “Wenger Corbyn Out” campaigners.

No matter how badly Labour thought they’d done however, this was nothing compared to the Liberal Democrats. Part of the coalition government in 2010-15, the Lib Dems proved they weren’t really up to the task of standing with the big boys, crumbling in the spotlight whilst consistently doubling back on promises (have we ever really forgiven them for the tuition fees debacle?).

When the chance came around to demonstrate how badly they’d done the British public did not go easy on them, slashing the number of seats they held from 57 to eight. The massacre led to Nick Clegg labelling the results as a “cruel and punishing night” followed by a swift resignation as party leader.

This election therefore presents quite an opportunity for the Conservatives; kick Labour whilst they’re down and squish the Liberal Democrats like the wounded bees they are.

So what is each party offering this time?

The deadline for registering to vote has now closed. If you were sensible and have registered to vote, you will now want to check out the relevant party’s manifestos. Manifestos can be extremely lengthy, so if you’re short of time I would advise checking out summary versions online (most good broadsheet newspapers will have easily available summaries on their websites).

Below are key points from the Labour and Conservative manifestos.

Tories: Increase funding for schools by £4bn by scrapping free school meals for children in their first three years of primary school, replacing it with free breakfasts. Build at least a hundred new free schools a year with councils banned from creating new places at schools rated inadequate or requires improvement. Lift the ban on selective schools. Ask universities and independent schools to help run state schools. Every 11-year-old expected to know their times tables off by heart, and a specialist maths school to be opened in every major city in England due to new funding arrangements.

Labour: Abolish tuition fees and reintroduce maintenance grants for university students. Inject an extra £25.3bn into the education system, funded from extra tax revenue from the highest % of earners. Limit class sizes to 30 pupils for all five, six and seven year olds and to bring in free school meals for all primary pupils, using money raised by removing VAT exemption on fee-paying schools.

Tories: Leave the European single market and customs union, and instead seek a “deep and special partnership” including free trade agreements. Convert EU law into UK law and later allow parliament to pass legislation to amend and repeal these. Reduce and control immigration from Europe after Brexit. Remain signatories to the European Convention on Human Rights for the next parliament. Accept that ‘no deal’ is better than a bad deal

Labour: Reject ‘no deal’ as a viable option and if needs be negotiate transitional arrangments “to avoid a cliff-edge for the UK economy”. Scrap Tories’ Brexit plan and replace with “fresh negotiating priorities” with strong emphasis on retaining benefits of single market access and customs union. Guarantee the rights of EU nationals living in the UK and work to “secure reciprocal rights” for UK citizens in the EU.

As you will no doubt know, politicians say a lot of stuff before election campaigns, so it is definitely in your best interests to take a slightly closer look at the areas that matter to you before making a decision. Whatever choice you make though, make sure it is an informed one. In the same time it will take you to clear you Snapchat stories, you could have read about what the parties plan to do about the national minimum wage. I urge you to be a good citizen and exercise your democratic rights come June 8th.

Check out his blog https://controversialone.wordpress.com/

Crepe City Is Back This Weekend, Don’t Miss Out ! 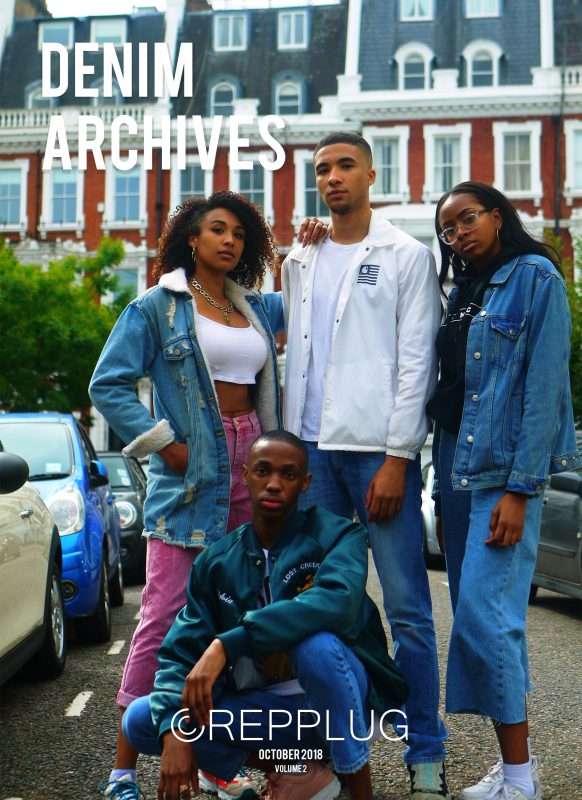